We are a local family business serving Tayside and beyond since 1993. Our target is to supply the best quality Garage Doors and the best quality fitting. Please see our testimonials for our happy customer comments.

Here is our story...

George and Kathleen Nisbet started the business in 1993. George was from a farming family and then went on to serve his time as a car mechanic. Eventually this was to be useful in the fitting and repairing of garage doors. Kathleen was a primary school teacher and kept the accounts and the paperwork in check for George. His son, Michael, had come out of the army just as we were getting busier. Michael’s time as an Armourer also helped him apply himself in the Garage Door trade. From time to time we employed young apprentices from Henry Boot and were very successful in the recruitment of Gavin our longest serving employee. Gavin started with us at 16 and has gone on to be a really valued member of the team. In the past few years, Gav has been promoted to a more supervisory role within the business and is the first port of contact in training new members of the fitting team. We are very proud to have Gav as a devoted employee and family member for the past 14 years!

The time came in October 2009 when George and Kathleen were due to retire. Kathleen trained Michael’s wife Simone (that’s me by the way!) how to look after the accounts. My previous background was in marketing, advertising and customer services – so I feel I can achieve the same cheery service the family has provided our customers for so long. 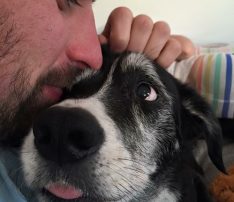 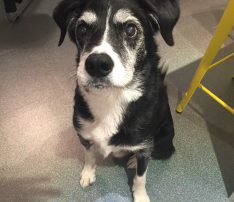 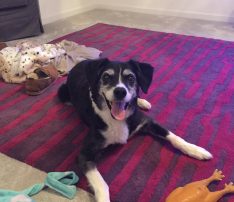 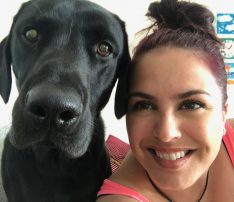 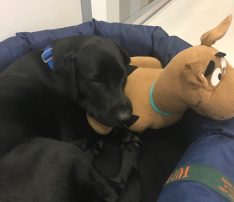 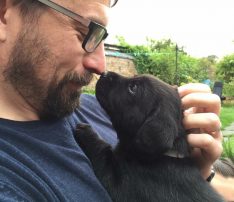 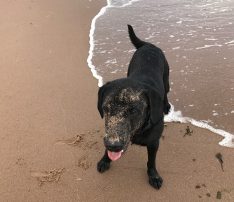 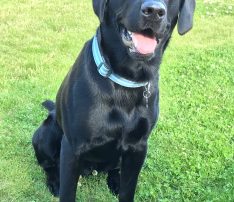 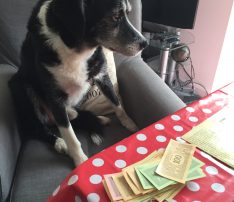 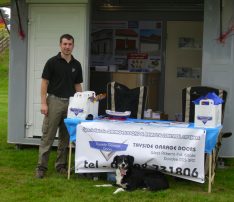 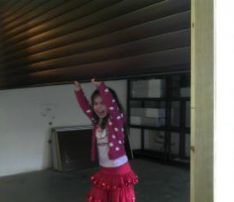 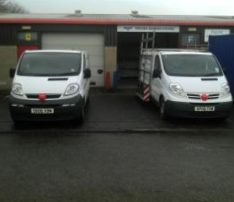 Our vans on red nose day 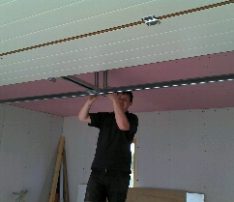 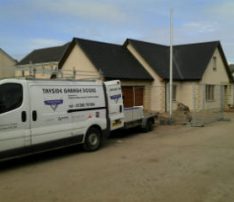 So now as I’m writing this I realise what a duty we have to keep building on the wonderful business reputation that George and Kathleen spent years in the making. I also undertook a product knowledge course with one of our suppliers Hormann and enjoyed my time learning about the products and how they are made. Whilst there I learned that Hormann are also a family business and they are now in their 4thgeneration. They have a fantastic motto which is “A good reputation must be earned” – we couldn’t agree more! They came over to the UK in 1979 and have just kept growing ever since. Check out their websitefor further information.

Since writing this it has been11 years since George and Kathleen retired! Time has gone by so fast and they are very much enjoying their retirement. George spends time doing up their now home beside the Ochils and still doing a lot of work in the garden. Kathleen has been providing George with instructions for the decor 😘 and is still enjoying her reading and spending time with family. They also have an enviable social life! Lucky things!

Back to business now, since the retirement we have made lots of progress, namely we purchased a new Industrial Unit and have a customer showroom! We are very excited to welcome in our lovely customers to look at our products in a comfortable and warm environment. I enjoy speaking to the lovely customers that pop into the showroom so feel free to pop in and say hello. Our showroom is open 9-4 Monday to Friday. Our dog Ben the border collie passed away at Easter time 2016. We were all very sad about the loss and we still have customers coming in to see him. It turned out we couldn’t live without a dog for long and got our new family member Rex in July 2016. He is a black lab and he is super friendly and mostly well behaved! He also works in the showroom most days meeting and greeting customers! If you are dog shy we can pop him through the back for your visit and he can lounge on the sofa. He’s trained to do this so he doesn’t mind at all. Plus, he is greedy and getting a treat after is his bonus! 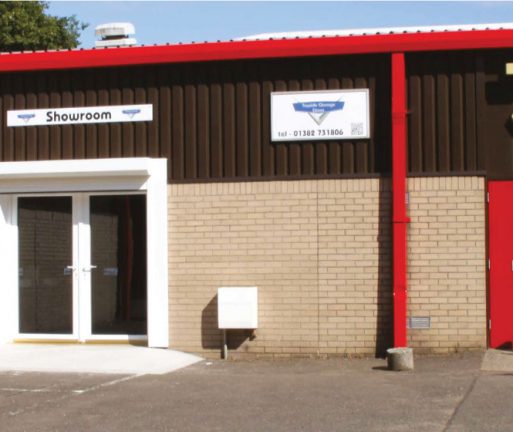 The History of Garage Doors...

At first cars were kept next to the horses in the same building i.e. the carriage house.

The first Garage Door was like a barn door, it was attached with hinges and opened out. These doors would be subject to a lot of wear and tear as they were opened almost daily. If there was snow on the ground (nearly always in Scotland) it was very hard to open these doors and it would be very time consuming to shovel it away beforehand. Soon, another type of garage door was created and this was on a sliding track, which allowed the doors to be moved sideways, but this meant the garage had to be double the width of the door. Further development was needed and this came in the form of a hinged sectional door (a similar principle we still use today). This allowed the door to fold round a corner, reducing the width of the garage. And finally, we had the fantastic invention of the overhead door(we now call this the up n over door). This could be lifted upwards and folding parallel to the ceiling. The up n over door was invented by C.G. Johnson in 1921 and he then went on to invent the electric operated door five years later. This helped with the lifting of heavy wooden doors.

In the fifties more and more people had cars and the need for garages. As most built up areas were short on space, houses were being built with the garages attached. Now people wanted their Garage Door to tie in with the exterior of their homes. So as house designs became more elaborate so did the styles and designs of the Garage Doors! All doors were made of wood but this was subject to rotting etc and therefore required regular maintenance and repainting. Galvanised steel doors were the next alternative coming into use in the seventies. Steel wasn’t as well insulated as wood, so they would put two pieces of steel together with polystyrene between them (we still supply a similar product today) this made the doors last longer.

These days, doors are made from materials such as fibreglass, resin filled wood, vinyl covered aluminium and glass reinforced polyester. Have a look at our products to see what types of doors we do now.

Get in touch today and we'd be happy to help

This website uses cookies to improve your experience while you navigate through the website. Out of these, the cookies that are categorized as necessary are stored on your browser as they are essential for the working of basic functionalities of the website. We also use third-party cookies that help us analyze and understand how you use this website. These cookies will be stored in your browser only with your consent. You also have the option to opt-out of these cookies. But opting out of some of these cookies may affect your browsing experience.
Necessary Always Enabled
Necessary cookies are absolutely essential for the website to function properly. This category only includes cookies that ensures basic functionalities and security features of the website. These cookies do not store any personal information.
Non-necessary
Any cookies that may not be particularly necessary for the website to function and is used specifically to collect user personal data via analytics, ads, other embedded contents are termed as non-necessary cookies. It is mandatory to procure user consent prior to running these cookies on your website.
SAVE & ACCEPT